When it is time to upgrade your air conditioner, don’t settle for the old standards. Instead, consider installing an A/C equipped with two-stage cooling. Here are the benefits of using these instead of single-stage units.

The Difference Between Two-Stage Cooling and Standard Cooling

Two-stage cooling models have two separate speeds instead of one high speed. Instead of initiating a strong, short surge of cool air and then shutting off, these air conditioners stay on longer and switch between the high or low speed to match cooling requirements more precisely.

The Impact on Home Comfort

Air conditioners longer cycles increase your comfort in two ways. First, since air circulates for longer periods, the air conditioner’s natural dehumidifying ability is enhanced. You will experience reduced humidity in the home, and this makes it feel cooler. Lower humidity also results in better air quality by reducing mold.

Secondly, temperature in the home will remain more even. Standard single-stage air conditioners blast cold air, but then they don’t come on again until the house has warmed to a certain temperature, which can feel uncomfortable. Two-stage air conditioners promote uniform coolness by running longer at the lower speed and switching to high speed when it is required. Air flows at a more constant rate, eliminating stuffiness and keeping everyone cooler.

The Benefit to the Compressor’s Lifespan and Efficiency

For more about two-stage cooling, please contact us at NisAir Air Conditioning and Heating. 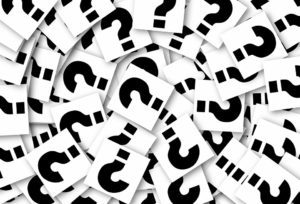 A humming air conditioner can be completely normal, as long as it’s making a steady, low sound. However, if any of your A/C components start to…

Just like any type of mechanical equipment, your air conditioner makes noise when it’s operating. Over time, you get used to hearing its usual…